A hike in lockdown 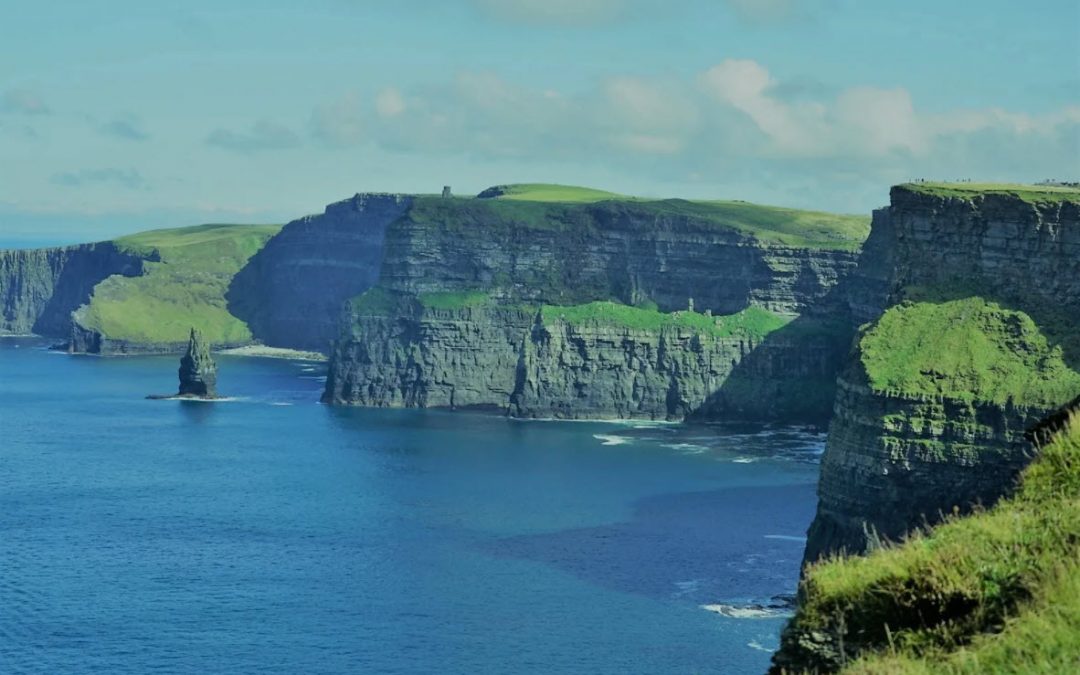 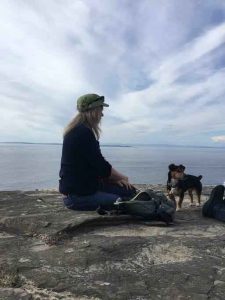 Yesterday I headed again with my trusty canine companion Moby for another hike around the cliffs of moher trails to see what was shaking. As it turned out, there was lots to see… BIRDS !

Normally, this place would be heaving with people and coaches and crowds but yesterday all we could hear was the crashing ocean set as a backdrop to the calls and cries of the birds; rooks, ravens, choughs and our trusty friends, the fulmars. They sounded better than ever without the racket of engines and traffic. However, i must admit I really miss the people and the puffins. 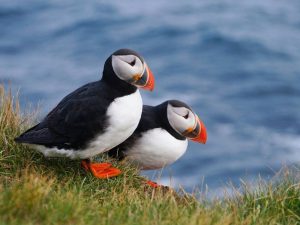 Our little cartoonish pals, the little puffins have all but left again for another year. They came in
late March as far as I can remember just after we went into lockdown as if to cheer us on. Job
done for mom and dad, their one little chick is raised and strong enough to take on the world.
Good luck little sea parrots, off with ye to the Atlantic till next Spring. 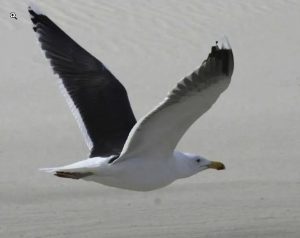 On we hiked along the edge of the cliff with our binoculars looking for birds, after a few miles we sat on the grass and watched the fulmars glide below us in circles with their young. The grass was warm and smelt of summer, i ate a banana and moby had some scooby treats and water. The fulmar I admit, is my favourite of all the birds at the cliffs of moher, maybe because they keep us company during the harsh and severe winter hikes when most other birds have left to improve their circumstances, quite sensibly. Here’s a few fun facts about the resilient fulmar.

Did you know that they can live upto 40 years? Imagine, i think im watching them and i’ve only been at the cliffs for 13 years. Perhaps it is they who have been observing me !! Also the fulmars mate exclusively for their lifetime. Both parents share responsibility for incubating their single egg and the male galantly defends the young against the ever threatening peregrine falcon and others by regurgitating a slick black oil from his stomach at the would be attacker which can render flying a difficulty as their feathers get stuck. Clever old fulmar. Here at the cliffs, the fulmar egg, which is laid directly onto the cliff and not a nest is safe from humans, they are protected here as it is a special protected area for the 30,000 birds that reside here. Not so in the faroe islands where the fulmar eggs are considered to be a delicacy !! Men actually lower themselves down cliff faces there on thick ropes to collect the eggs. Im sure the Irish did the same back in the black days of the famine. Imagine scaling down cliff face holding onto a rope without the benefit of a harness 700ft up from certain death to collect an egg. What a wondrous place this is. The fulmars always remind me that we are just visitors in their glide park.
More on birds next time, especially the choughs and the mysterious RAVEN……..